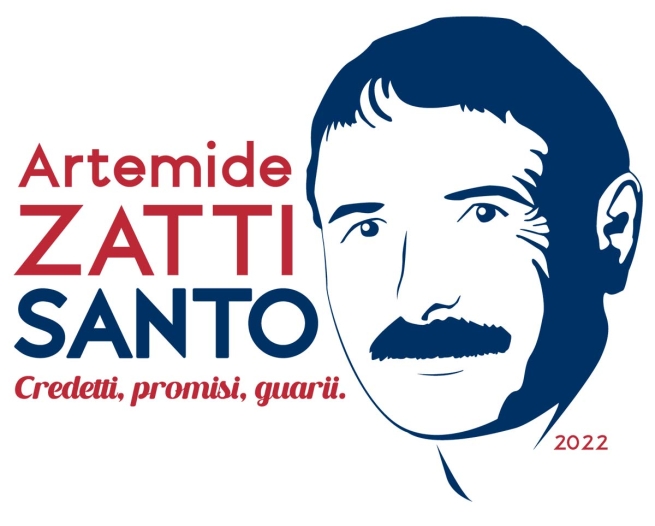 (ANS – Rome) – Animating a historic event for the Salesian Congregation and Family, such as the canonization of Artemide Zatti, requires an image and a phrase that are able to accompany on the path of preparation and during the event itself.

Thus, on the part of the General Postulation of the Congregation, Fr. Pierluigi Cameroni invited a team of Salesians and lay people, both from Italy and Argentina, to think together about a motto and a logo that would express as clearly as possible the radiant and at the same time simple figure of Artemide Zatti.

After several suggestions of possible mottos, the Rector Major, Fr. Ángel Fernández Artime, together with the Postulator General, Fr. Pierluigi Cameroni, presented the canonization motto “I believed, I promised, I was healed”. Almost all of the proposals had as a common basis these three words uttered by the future saint when bearing witness to his miraculous recovery from tuberculosis and, consequently, the origin of his vocation to serve the sick and the poor.

They are three verbs that mark a spiritual journey of abandonment into God’s hands and dedication to the good of others. He, who was healed, would now be a healer, not only with remedies and medical techniques, but with his whole person, with the unconditional love he demonstrated daily.

From the choice of the motto, some designs for the logo were proposed, and finally the one shown in the image was chosen.

The two colors, red and blue, allude to the colors of Mary Help of Christians and reveal the love for God and neighbor that marked Zatti’s entire life (red), as well as a life abandoned to the mystery of His will and Divine Providence (blue).

The appellation “saint” is preceded by the name of this Salesian coadjutor brother, which is the common way his “relatives,” the poor, used to call him. Thus, this “elder brother” of the sick and the poor, who we used to call him simply “Artemide Zatti,” is now proclaimed “saint.”

The logo can be downloaded in several languages by clicking here: Logo Zatti Saint.

This and much more about this great Salesian saint can be found at www.zatti.org