When Jesus had risen, early on the first day of the week, he appeared first to Mary Magdalene, out of whom he had driven seven demons. She went and told his companions who were mourning and weeping. When they heard that he was alive and had been seen by her, they did not believe. After this he appeared in another form to two of them walking along on their way to the country. They returned and told the others; but they did not believe them either. But later, as the Eleven were at table, he appeared to them and rebuked them for their unbelief and hardness of heart because they had not believed those who saw him after he had been raised. He said to them, “Go into the whole world and proclaim the Gospel to every creature.”     (Mark 16: 9-15) 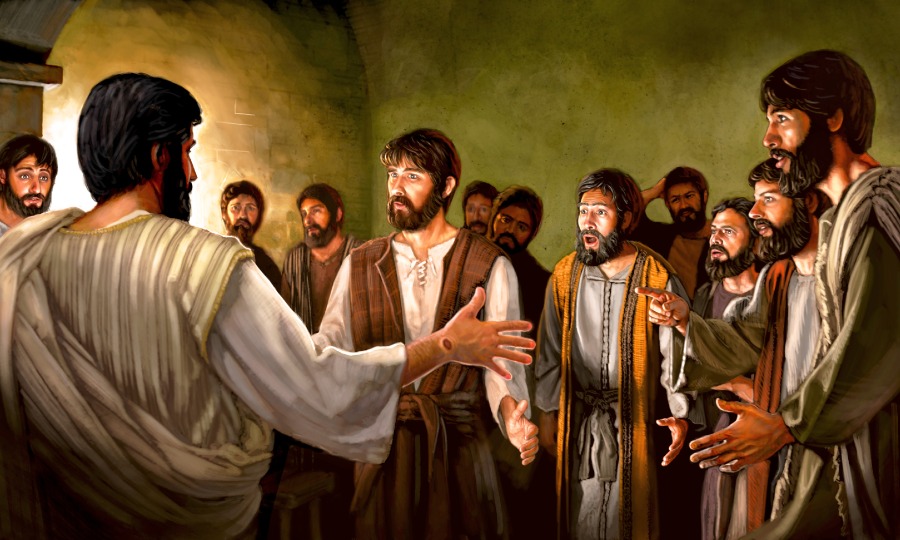 The Eleven live the experience of mourning like anyone else who experiences detachment from a person with whom they walked together would live it. Yet, repeatedly the Master on the way to Jerusalem, in announcing His passion and His violent death, had also announced that after three days He would rise again. The news of the resurrection of Jesus that Magdalene and the disciples of Emmaus communicate to them should not have taken them by surprise. They should have waited for it. Despite everything, they don’t believe. But why? The problem is always the same. The one that constantly occurs where there is someone who, having arrived first, claims for this reason to have more rights than the others. I seem to see and hear the Eleven as they comment on the story of Mary of Magdala and the two from Emmaus: “How is it possible that the Master chose an ex-prostitute and two of the latest arrivals as the first witnesses of His resurrection?”. The choice of Jesus is a surprising choice that, in all ways and in all times, He continues to repeat to His disciples, and also to us, who are the last, that it is the little ones and the poor who evangelize us, who make us understand the revolutionary scope of merciful love that regenerates the life of even the greatest sinner.

It is the little ones, the poor, who deliver us and teach us the Gospel. Grant, Lord, that we may assume every day an ever deeper awareness of this truth. So be it!

When we speak of ‘people’ we must not mean the structures of society or the Church, but rather the set of people who do not walk as individuals but as the fabric of a community of all and for all, which cannot allow the poorest and the weakest to be left behind. The people want everyone to participate in the common good and for this reason they agree to adapt to the pace of the last so all arrive together.