Join us on a 2-week guided reading journey through the Catholic Church’s central document on divine revelation!

Vatican II’s document on revelation, known by the first two words of the Latin text Dei Verbum, the “Word of God,” is of signal importance in the life of the Church, since it speaks of the process by which God communicates to his people. The entire purpose of this communication is to draw us into friendship with God. What could be more significant for all believers, but especially for teachers, catechists, theologians, and preachers?
It also has great significance for those embarked on the Church’s mission of evangelization. The council fathers recognized the need for a renewal when it came to reading and appreciating the Bible. They called for greater study of the Bible among laypeople, placing the Scriptures more fully at the center of the liturgy, and making the sacred writings the “soul of sacred theology” (DV 24). But that dream is still, I believe, largely unrealized.
In point of fact, when we consult the numerous studies of the ever-increasing army of the religiously unaffiliated, we discover that the Bible is often a prime reason why people, especially young people, are alienated from the Christian faith. We hear that it is nonsense written by prescientific people who knew nothing about the way the world works; that it is bronze-age mythology; that it encourages genocide, violence against women, slavery, and militaristic aggression; that its central character is, in the language of one atheist provocateur, like King Lear in Act Five, except more insane.
The insights of Dei Verbum can help Catholics recover the depth and power of the Bible in the twenty-first century, and hold off the many charges made against it. 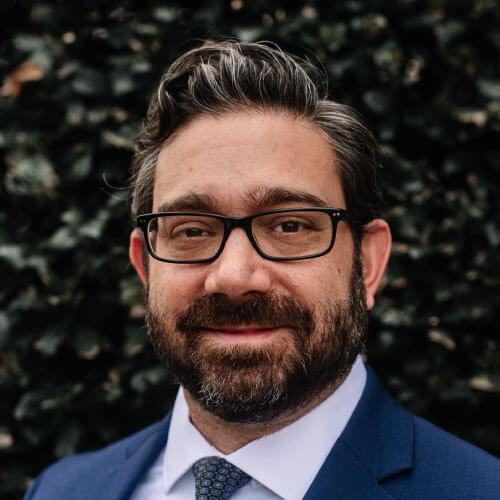 Dr. Richard DeClue is the Cardinal Henri de Lubac Fellow in Theology. He is a graduate of The Catholic University of America where he earned his Doctor of Sacred Theology degree in Systematic Theology. Richard has published articles in peer-reviewed academic journals, including Communio and Nova et Vetera. He has taught at Belmont Abbey College and The Catholic University of America, and has certificates in Professional Teaching Knowledge and General Science through the American Board for Certification of Teacher Excellence. His primary areas of interest include Ecclesiology, Theology of Revelation, Communio Theology, and Scholasticism.