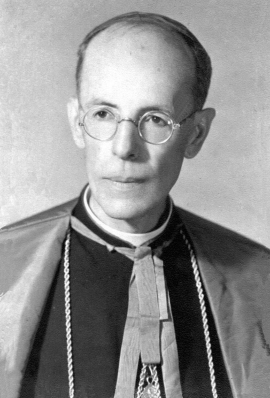 Monsignor Maurizio Tagliaferri was the Rapporteur of the Positio, Fr Pierluigi Cameroni, SDB, was the Postulator, and Dr. Cristiana Marinelli was the Collaborator. The structural elements of the “Positio” are: a brief presentation by the Rapporteur; the Informatio super virtutibus, that is, the theological part in which the virtuous life of the Servant of God is demonstrated; the two Summarium with the testimonial and documentary evidence; the Biographia ex Documentis; the final Sessions and the iconographic apparatus.

Antônio de Almeida Lustosa was born in the city of São João del Rei, State of Minas Gerais (Brazil), on 11 February 1886. From his parents, João Baptista Pimentel Lustosa and Delphina Eugênia de Almeida Magalhães, exemplary Christians, he received a good Christian and human formation. An intelligent boy with a good and generous disposition, at sixteen he entered the Salesian College of Cachoeira do Campo (Minas Gerais); three years later he is in Lorraine as a novice and assistant to his companions. After his first religious profession, which took place in 1906, he too became a teacher of philosophy, studying theology in the meantime. His perpetual profession takes place three years later, while January 28, 1912, marks the date of his priestly ordination. In 1916 he was Director and Novice Master in Lavrinhas in the Colégio São Manoel. In the five years he spent there, the young Fr Lustosa expressed the best of himself both as a priest and as a Salesian.

On 11 February 1925, on the anniversary of the first apparition of Our Lady of Lourdes, he was consecrated Bishop of Uberaba, a day he chose to commemorate the presence of Our Lady in his life. In 1928 he was transferred to Corumbá, in Mato Grosso, and in 1931 he was promoted to Archbishop of Belém do Pará, where he remained for 10 years. On November 5, 1941, he took up the post of Archbishop of Fortaleza, capital of the state of Ceará.

Together with an unusually high number of initiatives and actions of a social and charitable nature, he creates more than 30 new parishes, 45 schools for the needy, 14 health centers on the outskirts of Fortaleza, the School of Social Services, nowadays affiliated with the State University del Ceará, the hospitals “São José” and “Cura d’Ars”, to mention only some of the most important works attributed to his episcopate.

His pastoral action is articulated in particular in the field of catechesis, education, pastoral visits, the increase of vocations, the enhancement of Catholic action, improvement of the living conditions of the poorest, the defense of workers’ rights, in the renewal of the clergy, in the establishment of new religious orders in Ceará, not to mention his rich and fruitful activity as a poet and writer. He founded the Institute of Clergy Cooperators and the Congregation of the Josefinas.

Eleven years after his resignation from the Archdiocese, after which he retired to the Salesian House in Carpina, in the diocese of Nazaré, Pernambuco, confined to a wheelchair, he died on August 14, 1974, demonstrating, even during his illness and suffering, an exemplary attitude of full and unconditional acceptance of God’s will.