FRIENDS and SERVANTS of the WORD
Fifth Saturday of Lent, April 13, 2019

Now many of the Jews who had come to Mary and seen what he had done began to believe in him. But some of them went to the Pharisees and told them what Jesus had done. So the chief priests and the Pharisees convened the Sanhedrin and said, “What are we going to do? This man is performing many signs. If we leave him alone, all will believe in him, and the Romans will come and take away both our land and our nation.” But one of them, Caiaphas, who was high priest that year, said to them, “You know nothing, nor do you consider that it is better for you that one man should die instead of the people, so that the whole nation may not perish.” He did not say this on his own, but since he was high priest for that year, he prophesied that Jesus was going to die for the nation, and not only for the nation, but also to gather into one the dispersed children of God. So from that day on they planned to kill him.
So Jesus no longer walked about in public among the Jews, but he left for the region near the desert, to a town called Ephraim, and there he remained with his disciples. (John 11: 45-56) 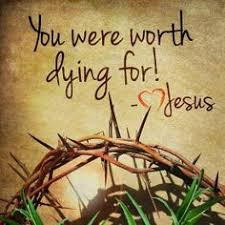 The power of Jesus to call back to life derives from the authority conferred on Him by the Father at the moment when He – the beloved Son – matures His full willingness to lay down His own life so that we may all live. Therefore, the miracle of the resurrection is done by the One who, in answer to a plan of love, decides not to keep life only for Himself but decides to give it for love. Through Lazarus, the brother of Martha and Mary, Jesus fully manifested His lordship over life and death, and made this miracle the most eloquent ‘sign’ of all. The life of Jesus is now totally in the hands of men, His story is fully inserted into the history of the chosen people, and He gives depth and fulfillment to it. Everyone talks about Him and everyone is looking for Him, some to eliminate Him as an inconvenient subversion of Jewish traditions, some to praise Him and acclaim Him king.

The unconsciously prophetic words of Caiaphas show us that history is solidly in God’s hands. Today I wish to progress in docility in accepting what the Lord has ordained for me, trustfully abandoning myself to His will.

THE VOICE OF Etty Hillesum, Author, Victim of the Holocaust

Future peace can be truly such only if it has been first found in ourselves ..if every person is freed from hatred towards others…if this hatred has been overcome and transformed into something else, perhaps finally into love.