Trust in the LORD forever!

For the LORD is an eternal Rock.

He humbles those who dwell on high,

the lofty city he brings down,

Brings it down to the ground,

levels it to the dust.

The feet of the needy trample on it—

the feet of the poor. 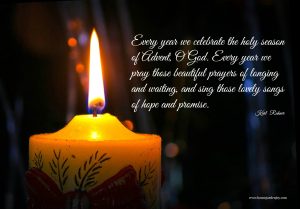 Today there is another vision: a beautiful and very large city is razed to the ground and the feet of those who are despised because they are poor, trample it. This is an anticipation of what was sung by Mary of Nazareth in the Magnificat, who saw the rich empty-handed and those who wanted to rise up lowered. This is a recurring theme in the revelation of God who sees justice as the triumph of the oppressed. Almost as though only by being trampled down   can sin, the disorder in creation introduced by disobedience, be healed. If we think of our times, it is immediately obvious to find that the poor and the oppressed increase exponentially and exponential is the growth of exclusive, excellent, and superb cities. Every latitude of the world knows these tragedies, which seem to have no epilogue: domestic violence, abuse, prostitution, mutilations, addictions, racial hatred, the need to migrate due to drought, war, poverty, traditional religions. New forms of slavery replace the oldest, unfortunately with the same result, the oppression of the feelings, thoughts, possibilities, and skills of many people.

Lord, forgive the exalted city, but allow it to be destroyed in order to build the strong city that remains faithful to you.

The Voice of Fr. Milani

Institute of Daughters of Mary Help of Christians, Via dell’Ateneo Salesiano 81, 00139 Rome, Italy