FRIENDS and SERVANTS of the WORD
First Wednesday of Lent, March 13, 2019

While still more people gathered in the crowd, he said to them, “This generation is an evil generation; it seeks a sign, but no sign will be given it, except the sign of Jonah. Just as Jonah became a sign to the Ninevites, so will the Son of Man be to this generation… At the judgment the men of Nineveh will arise with this generation and condemn it, because at the preaching of Jonah they repented, and there is something greater than Jonah here”. (Luke 11: 29-32) 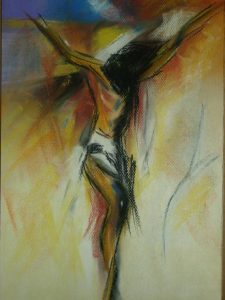 Jesus seems to have no regard for the many who crowd around him, and instead of riding the wave of success to see an even greater one by conforming to their expectations, He provocatively launches a challenge. The contemporaries who seek Him, perhaps accustomed to going after a cheap opportunity, in truth do not know Him, but look with ill-concealed greed at the gifts of an anonymous preacher. They are blind to the truth and wanderers without faith, and even though they invoke the name of the Lord, they do not want to accept that salvation has the traits of a human being, that God should become flesh, that in Jesus God can say to me today: “I am here , next to you, to save you!”. Continuously asking for signs means failing to recognize the meaning of things; it means sending everything back to a ‘beyond’ that fades evanescent and that can never be said to be present. He who asks for signs does not recognize the salvation of God alive and active in the world, here and now. In recurring vicious circles in history, we find Jesus surrounded by a myopic crowd that sees the fulfillment of its personal demands as a united goal, goes after its dreams dreamed up with blinders, and is not touched by the idea of the Incarnation. The Son of man does not mean but is the presence of God on this earth!

The greatest sign that the Lord manifested was dying on the cross for all. In my journey of Lenten conversion I intend to convince myself more and more that my actions, more or less good, and my best intentions are worth little, if I am not willing like Jesus to really commit my life to the Kingdom of God. Thus, I will have at heart to give myself through my every gesture and word, with all my being, and with all my heart, without reserve.

THE VOICE OF Gaudium et Spes