Jesus said to the crowds: “This is how it is with the Kingdom of God; it is as if a man were to scatter seed on the land and would sleep and rise night and day and the seed would sprout and grow, he knows not how. Of its own accord the land yields fruit,
first the blade, then the ear, then the full grain in the ear. And when the grain is ripe, he wields the sickle at once, for the harvest has come.”
He said, “To what shall we compare the Kingdom of God, or what parable can we use for it? It is like a mustard seed that, when it is sown in the ground, is the smallest of all the seeds on the earth. But once it is sown, it springs up and becomes the largest of plants and puts forth large branches, so that the birds of the sky can dwell in its shade.” With many such parables he spoke the word to them as they were able to understand it. Without parables he did not speak to them, but to his own disciples he explained everything in private.(Mark 4: 26-34) 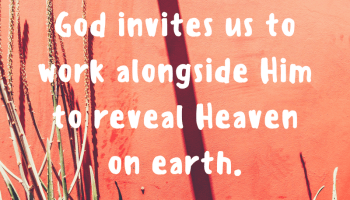 The evangelist Mark, with these two precious parables of the Kingdom, manifests, as often happens in the Gospels, God’s predilection for littleness.

In the first parable, the growth of the seed is described accurately, but without the intervention of the farmer. The active subject in the construction of the Kingdom of God is thus brought to light: it is the Lord who makes the work of the farmer grow and not, who, after having sown, does nothing but wait for the time of the harvest.

The second parable speaks of the disproportion between the smallest seed and the largest vegetable grown once sown. So is the kingdom of heaven! It is therefore important not to let ourselves be captured by appearance. Even if the kingdom of God has little visibility (that is, it is difficult to see it because evil imposes itself in the chronicle of every day), the quality of the Kingdom of God remains in all its value and over time will also grow in its diffusion.

Let us not be discouraged by the difficulties of life. God’s strategy is realized in us in the daily exercise of patience and slowness, in the care and care of simple things that nourish the hope of the Kingdom. Our part lies in living in trust, that trust which in the parable is represented by the act of sowing, that is, handing over our whole life to the Lord.

Lord, free my heart from fears that come from distrust and nourish in me the hope that Your Kingdom will reach its fullness.

The Voice of Ermes Ronchi, Theologian

In spite of the resistances and distractions in the world and in the heart, God’s seed is growing and reaching to the light.