How to pray with the Pope on Friday 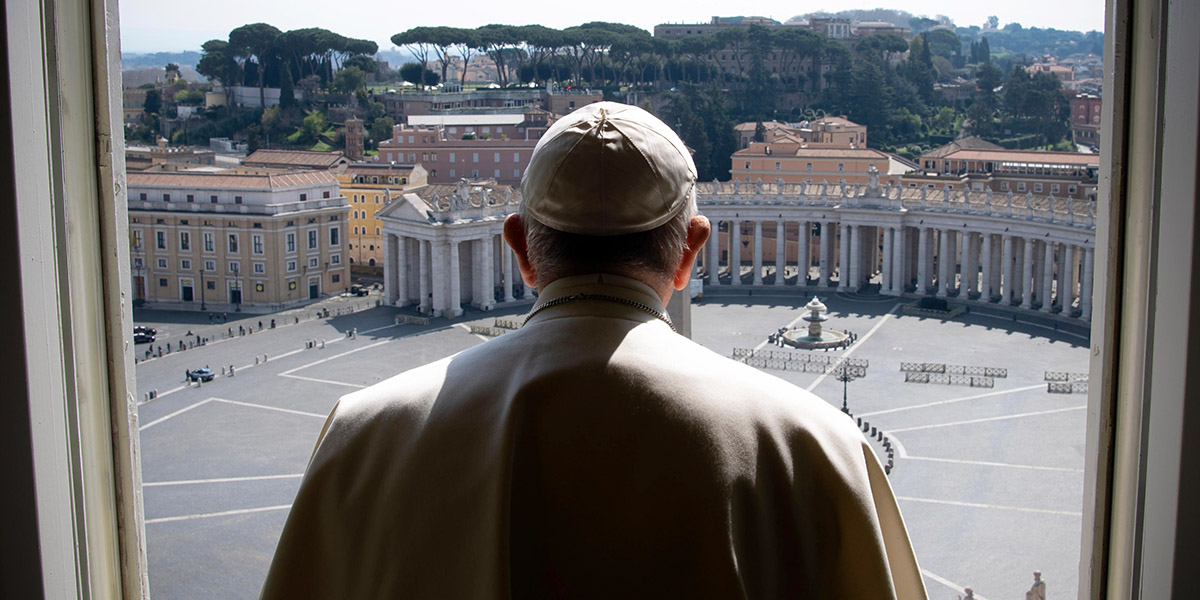 Faithful across the world are invited to join Pope Francis spiritually in prayer on Friday, 27 March at 6 pm Rome time.

The initiative was announced by Pope Francis on Sunday during the Angelus when he said “I invite everyone to participate spiritually through the means of communication”.

It follows Wednesday’s live-streamed ceremony during which Christians of all denominations were able to join the Holy Father in praying the “Our Father” in this time of global crisis and fear due to the Covid-19 pandemic.

The Director of the Holy See Press Office confirmed that the moment of prayer on Friday will be broadcast live from the Vatican, beginning at 6 pm Rome time. He noted that the plenary indulgence attached to the Urbi et orbi blessing is subject to the conditions foreseen by the recent Decree of the Apostolic Penitentiary.

Pope Francis will pray before an empty Square from the sagrato of St. Peter’s Basilica, the platform at the top of the steps immediately in front of the façade of the Church, as he explained when he made the announcement on Sunday and as he reiterated on Wednesday during the General Audience:

“We will listen to the Word of God, we will raise our supplication, we will adore the Blessed Sacrament, at the end I will impart the Urbi et orbi Blessing, and you will have the possibility of receiving a plenary indulgence.”

From 6pm Rome time, the ceremony will be broadcast live to the world by Vatican Media and can be followed in several languages on our website, on our Facebook page via Facebook Live and on our YouTube channel.

It will consist in readings from the Scriptures, prayers of supplication, and adoration of the Blessed Sacrament; and will conclude with Pope Francis giving the Urbi et orbi Blessing, with the possibility of gaining a plenary indulgence for all those who listen to it live through the various forms of communication. This plenary indulgence will also be extended to those who may not be able to participate in the prayer through the media due to illness but who unite themselves in spiritual communion with the prayer.

The blessing “to the City [of Rome] and to the World” is normally only given on Christmas and Easter.

The extraordinary moment of prayer in time of pandemic will last about an hour. The “Salus Populi Romani” icon and the crucifix of St. Marcellus, will be placed in front of the central door of St. Peter’s Basilica.

The Blessed Sacrament will be exposed on the altar in the atrium of the Vatican Basilica.

Source: How to pray with the Pope on Friday – Vatican News

From the Sagrato of St Peter’s Basilica, Moment of Prayer and the Urbi et Orbi Blessing, presided over by Pope Francis

Source: How to pray with the Pope on Friday – Vatican News