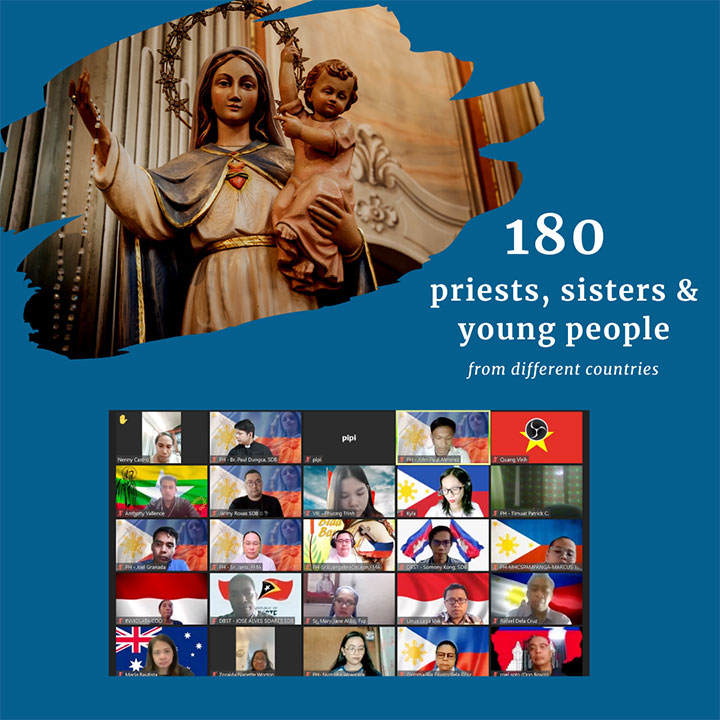 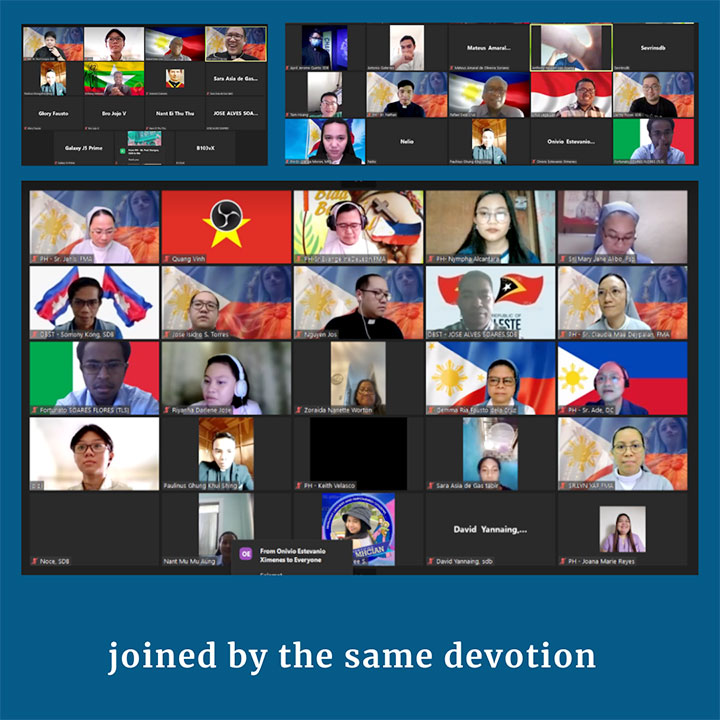 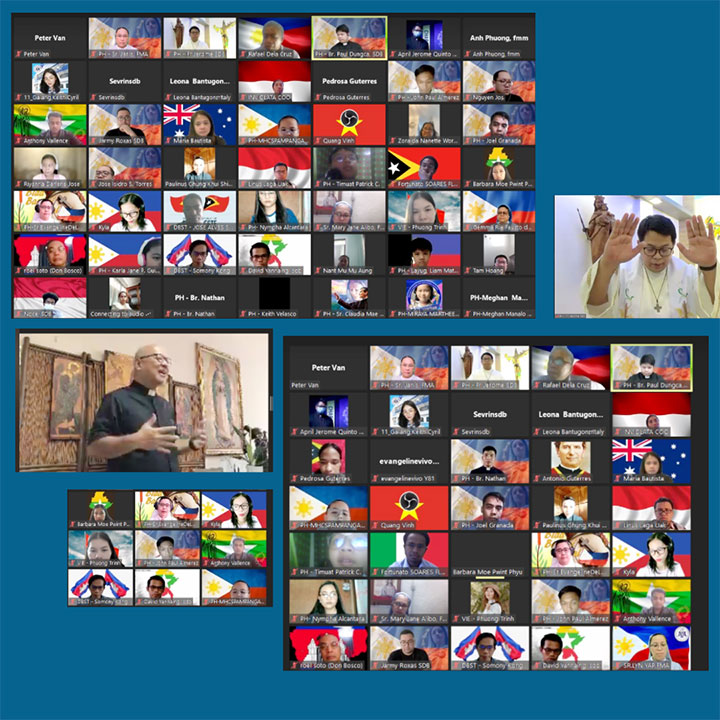 EAO, 7 October 2021 (Feast of the Most Holy Rosary, 3 PM, GMT 8+) — In the event dubbed “International Youth Rosary,” nine countries gathered together to pray the holy rosary to honor our Lady.

It was joined by priests, sisters, brothers, and young people. Almost 180 people joined the Zoom Meeting, while others participated via Online Stream. The activity was spearheaded by young people who likewise lead the rosary using their respective native languages.

A reflection on the power of the Holy Rosary was given by Fr. Dennis Paez, SDB after the second mystery. “The rosary is not just a prayer, it is a weapon, a very powerful weapon,” said Fr. Dennis. Fr. Jerome Quinto, SDB, gave the final blessing at the end.

The entire activity was spearheaded by D’Word (fb.com/DWordChillLang), an online apostolate of the Seminaryo ng Don Bosco.