Some in the crowd who heard these words of Jesus said, “This is truly the Prophet.” Others said, “This is the Christ.” But others said, “The Christ will not come from Galilee, will he? Does not Scripture say that the Christ will be of David’s family and come from Bethlehem, the village where David lived?” So a division occurred in the crowd because of him. Some of them even wanted to arrest him, but no one laid hands on him. So the guards went to the chief priests and Pharisees, who asked them, “Why did you not bring him?”
The guards answered, “Never before has anyone spoken like this man.” So the Pharisees answered them, “Have you also been deceived? Have any of the authorities or the Pharisees believed in him? But this crowd, which does not know the law, is accursed.” Nicodemus, one of their members who had come to him earlier, said to them,  “Does our law condemn a man before it first hears him and finds out what he is doing?” They answered and said to him, “You are not from Galilee also, are you? Look and see that no prophet arises from Galilee.” Then each went to his own house.    (John 7:40-53) 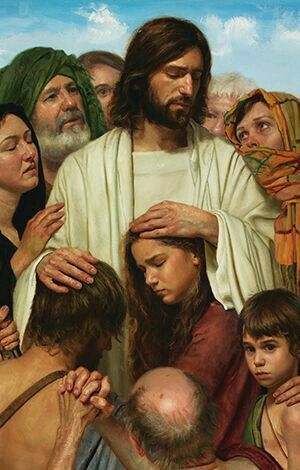 Never has a man spoken like this!  The words of these guards are so true that all of today’s Gospel should be filled with nothing but admiration for their loyalty. Jesus, touches in these men, touches something that no one had ever managed to achieve. The encounter with Jesus leaves its mark. But it is not enough to let oneself be enveloped suddenly by the charm of Jesus to become His disciples. In fact, we become disciples when that word not only touches the heart but provokes our freedom to make the decision to follow Him. This is what Nicodemus did: he lets himself be attracted by Jesus, makes a decision, and acts. Nicodemus, who had previously been to Jesus, certainly with many doubts, to talk with Him, to better understand His figure, now defends Him, goes against the current and does so starting from the same law. In his actions Nicodemus is judged, criticized, considered a non-knower of the Word, but it is precisely the Word that leads him to change. The question is immediate: our freedom is at stake by whom? Are we doing our part as Christians in this world? Do we have the courage of dialogue, of searching together, of common discernment, of putting ourselves on the side of the least? The passage ends with a sentence that makes us think a lot. And everyone went home. Each returned home maintaining their beliefs and their lifestyle, closing in on themselves like a hedgehog. And me? How much does listening to the Word change my life, my way of thinking and acting?

Lord Jesus even today I am called to take the first step to change my life. Help me to make my listening to You concrete. If I want to change something around me, I have to start with myself.

The Voice of  Pope Francis

Changing your life is the first step. The constant invitation of the Gospel to conversion, however, does not consist only in removing past sins. It is necessary to eradicate from one’s heart every day comfortable certainties, false idols, attitudes not oriented to sincerely seek God and His Kingdom of justice. Without this inner conversion there can be no other change.