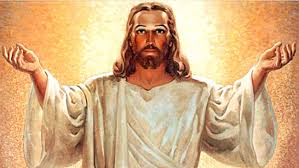 The wickedness for which Jesus reproaches His contemporaries is not material for the initiation of a judicial procedure, as we would do by claiming legitimate rights. It is the heartfelt cry of the One who has made Himself sincerely in solidarity with His people, and demonstrates that He is so to the end. He wants to give them a heart capable of knowing God (Jer 24,7). That wickedness, of which we too can feel accused, is still an unconscious guilt, it is the inability to recognize Jesus for what He is, to welcome His salvation. Jesus feels upon Himself the evil that only He, for now, can see, our sin, the sin of the world, the vanity, the pettiness of every creature. Not even today does a bitter reproach come from the mouth of Jesus, but rather, the compassionate lament for a people who, despite their outward closeness, did not understand His true feelings. It is the disapproval that expresses the distance between His and our feelings, between His and our intentions. It is the voice of the One who prophesies about His death and proclaims the truth so that His interlocutors may one day repent. Only Jesus knows how to read our history with truth, judging it from a point of view superior to ours, and  above all, without condemning it.

Today I will try to accept willingly that inattention, that rudeness, that wrong suffered in a given circumstance, refraining from the instinct to judge the other and allowing myself to be comforted by the thought that the Lord, for love of me, has suffered much more than what I can imagine.

The Voice of  Pope Paul VI

Fidelity to modern human beings is demanding and difficult, but it is necessary if you want to be completely faithful to the message. It is neither servility nor mimicry, but courageous preaching of the Cross and the Resurrection, with the confident certainty that this message has its resonance also in the heart of modern human beings.