So he got up and went back to his father.
While he was still a long way off,
his father caught sight of him, and was filled with compassion.
He ran to his son, embraced him and kissed him. (Luke 15:20) 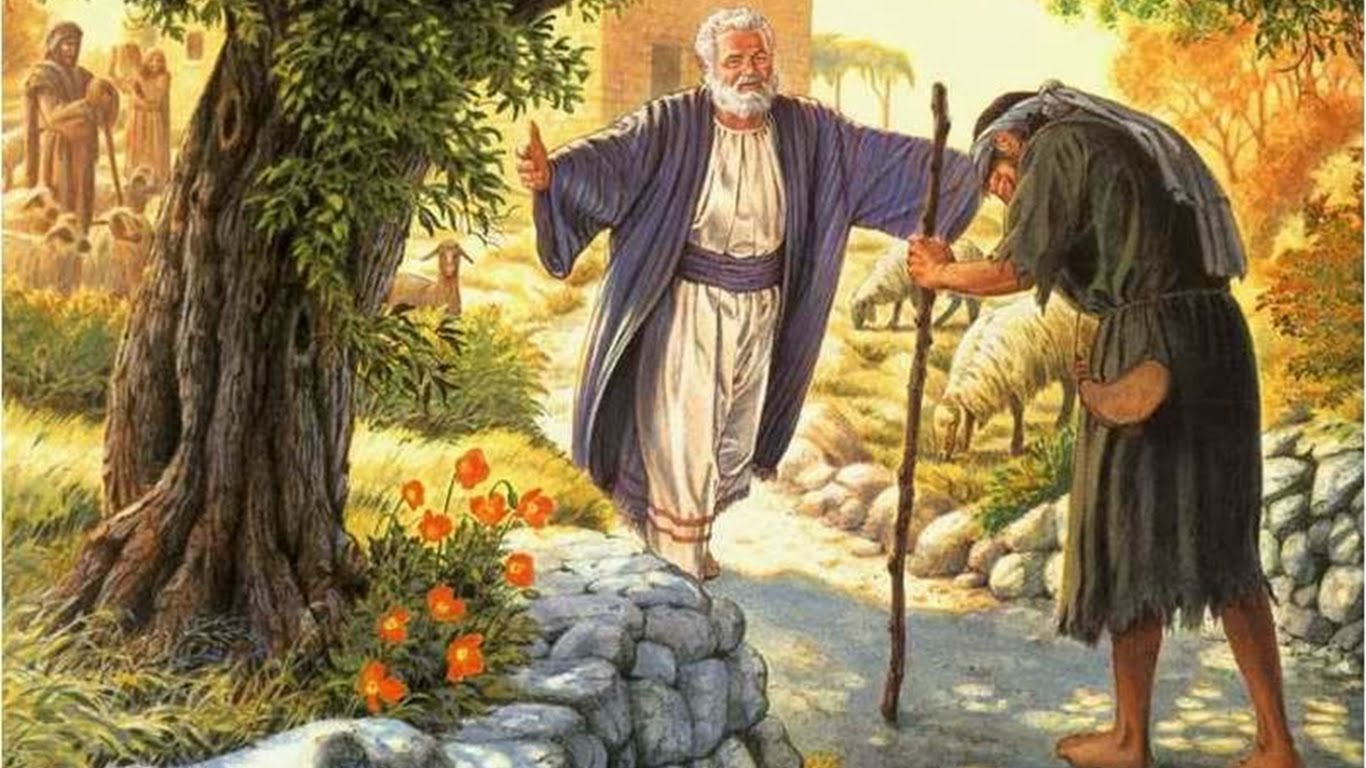 It has always been called the Parable of the Prodigal Son or, according to a new translation more suited to the new generations, the parable of the spendthrift son. But when we carefully read the story narrated by Jesus we understand that the protagonist of this page of the Gospel is not the son who goes away claiming to want everything he deserves. Nor is it the story of the brother who is all home and work. Instead, the father is at the center. A father ‘other’ than earthly fathers, “because he responds to the request of his younger son by letting him go, without admonishing him, without contradicting him, without warning him. “Is there such a father among us humans? No! We are therefore immediately led to see in this father the Father, that is, God Himself, the only one who leaves us free in the face of the evil we want to do, who does not stop us but is silent, allowing us to turn away from Him.”  But He is above all a father who does not forget, who stands on the threshold of the house waiting for His son. His life is consumed in waiting, until he catches a glimpse of him and: “When he was still far away, his father saw him and moved to meet him, threw himself on his neck and kissed him.” Gestures little used in the Gospels, usually so sober in describing emotions and feelings. And immediately the father orders a celebration for this son who has returned. He didn’t even want to hear the words asking for forgiveness. The past is now a day that does not return. Joy erupts in the house. And this merciful father will still have the answer for the eldest son who complains about the welcome given to his brother who left and squandered everything on friends and prostitutes: “Son, you are always with me and all that is mine is yours, you could freely take a kid to party with your friends. Why didn’t you do it? But it was necessary to celebrate and rejoice, because this brother of yours was dead and has come back to life, he was lost and has been found.” An observation from a contemporary exegete that makes us reflect: “For the elder brother there remains the task of no longer saying to the father: ‘this son of yours’, but rather: ‘this brother of mine’. It is a task that awaits us all, every day. Affirming that every person is a child of God is easy, and all religious people do it. Instead, it is more difficult to say that everyone is ‘my brother/sister’, but this is exactly the task that awaits us. God, the Father, stays outside of the party, next to each of us, and asks us: “Say that this person is your sister/brother, and then we can go in and celebrate together.”

The Lord is gracious and merciful, slow to anger and abounding in mercy. The Lord is good to all, compassionate toward all your works  (Ps 144: 8-9)

The Voice of  Cardinal Martini

Lord, we tend to identify with the son who did not act foolishly and was faithful to his duty. Let us discover that in the face of your infinite love we are eternal prodigal children who squander your wonders. By becoming aware of our sin, we will thus be able to participate in the banquet that you have prepared for us in eternity for ever and ever.