Pope: Church needs entrepreneurs with “the smell of the sheep” – Vatican News 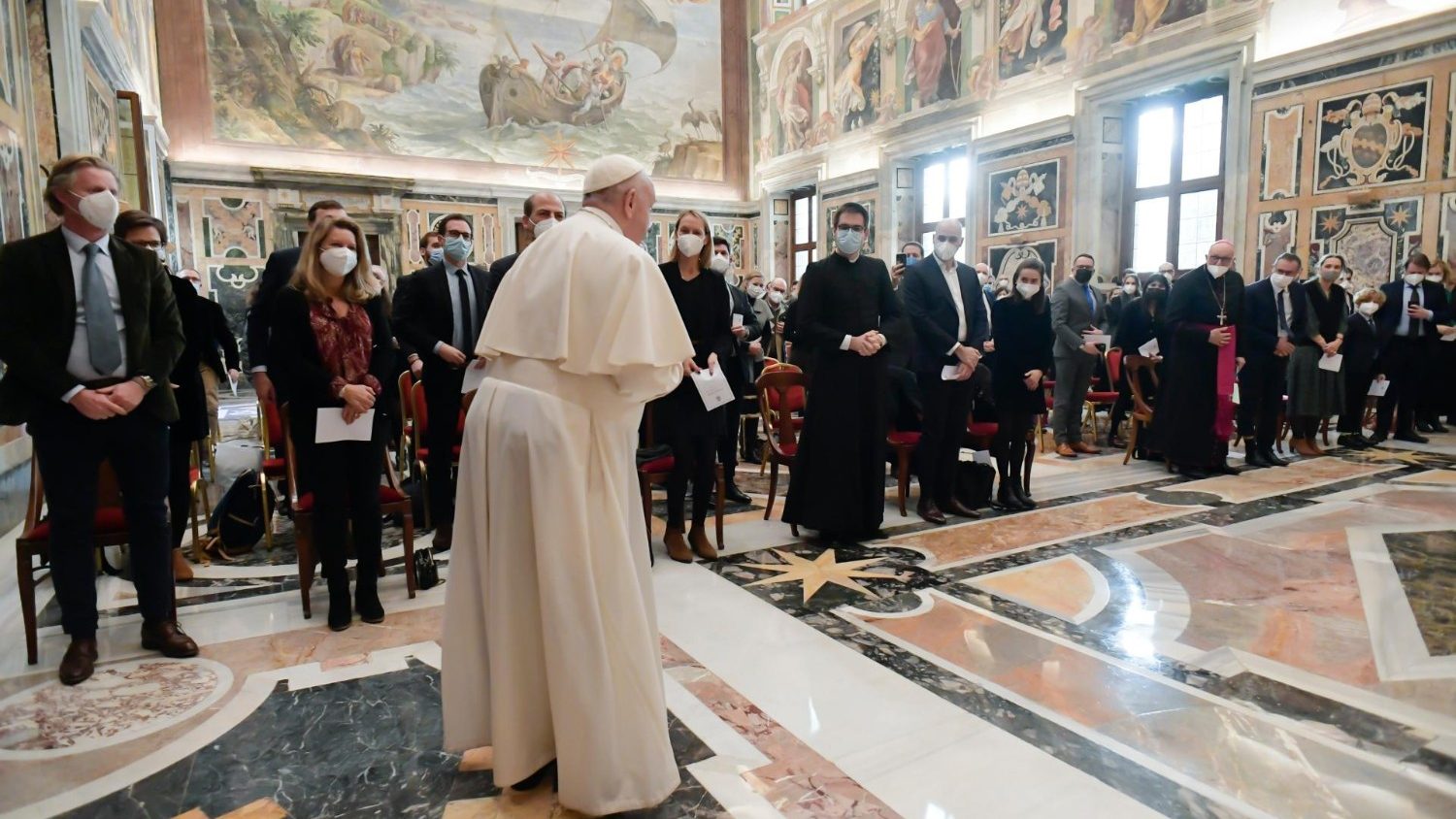 Pope Francis on Friday received in audience a group of French entrepreneurs. He spoke to them about how to implement the Gospel values in their businesses.

Pope Francis “finds it very beautiful and courageous that, in today’s world often marked by individualism, indifference and even marginalization of the most vulnerable people, some entrepreneurs and business leaders have at heart the service of all, not just the interests of individuals or restricted circles”.  He made the remark to a delegation of some 90 French business men and women who are in Rome for a pilgrimage on the theme of the common good.  To help them in the challenge of the common good, he spoke to them about two pairs of concepts based on the Gospel values: ideal and reality, and authority and service.  These concepts seem always to be in tension, but the Christian, with the help of grace, can unify them in his or her life.

The ideal and reality

He pointed out that a Christian often experiences a ‘collision’ between the ideal he or she dreams of and the reality he or she encounters. Just like the Virgin Mary, who had to give birth to the Son of God in the poverty of a stable, the Pope said “there is a painful clash between expectations and reality”.

“The search for the common good is a matter of concern for you, an ideal, in the context of your professional responsibilities,” the Pope told the group.  It must come to terms with the obligations imposed by the economic and financial systems currently in place, which often make a mockery of the evangelical principles of social justice and charity.  At times their task weighs on them and their conscience comes into conflict when the ideal of justice and the common good that they would like to achieve have not been realized, and the harsh reality presents itself as “a lack, a setback, a remorse, a shock”.

This situation needs to be overcome with faith so that they can persevere and not become discouraged.  He offered them the example of Mary, who in the face of the “scandal of the manger”, was not discouraged and did not rebel, but reacted by “guarding and meditating” it in her heart, demonstrating an adult faith, which is strengthened by trial.

“To guard,” the Pope explained, “is to accept, in spite of the darkness and in humility, the things that are difficult to accept, that we did not want, that we could not prevent; not to try to disguise or ‘make up’ life, to escape our responsibilities.”  “‘To meditate’ is to unify in prayer the good and bad things that life is made up of, to grasp better the interweaving and the meaning in God’s perspective.”

With regard to “authority and service”, Pope Francis offered the entrepreneurs Jesus the Good Shepherd as the model.  Jesus “knows how to go in front of the flock to show the way, knows how to stay among them to see what is happening there, and knows how to stay behind, to make sure that no one loses contact”.  He said that he has “often urged priests and bishops to have ‘the smell of the sheep”, to immerse themselves in the reality of those entrusted to them, to get to know them, to become close to them”.  “I believe that this advice also applies to you,” he said, encouraging them to be close to those who work with them at all levels, to take an interest in their lives, to be aware not only of their difficulties, sufferings, anxieties but also of their joys, plans and hopes.

Exercising authority as a service, the Pope said, requires sharing it.  Here too, Jesus is a teacher and model, when He sends His disciples on mission, endowing them with His own authority. In this regard, Pope Francis spoke about the Catholic social principle of subsidiarity by which “the autonomy and capacity for the initiative of all, especially the least, is valued”. “All parts of a body are necessary and […] those parts that might seem weaker and less important are in fact the most necessary.”

Thus, Pope Francis said, the Christian manager is called to consider carefully the place assigned to all the people in his or her company, including those whose duties might seem of less importance, because everyone is important in God’s eyes. Subsidiarity, he said, allows each person to give the best, to feel that he or she is participating, to bear his or her share of responsibility and thus contribute to the good of the whole.

The Holy Father acknowledged the difficulties business leaders can face in implementing the Gospel values but he encouraged them to keep their gaze fixed on Jesus Christ through prayer and to offer Him their daily work. He also urged them to invoke the Holy Spirit in their choices, stressing, the Church needs their witness.

Source: Pope: Church needs entrepreneurs with “the smell of the sheep” – Vatican News