Saint Alphonsus, a teacher of mercy for the evangelization of the least – Vatican News 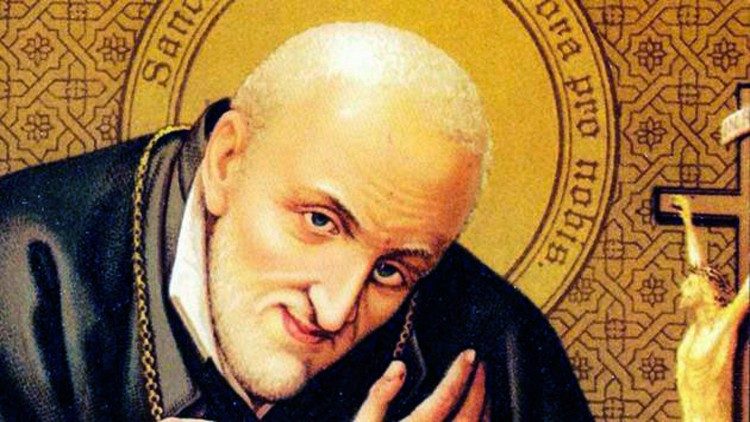 The Pope: Saint Alphonsus, a teacher of mercy for the evangelization of the least

Pope Francis sends a message on the occasion of the 150th anniversary of the proclamation of Saint Alphonsus Maria de Liguori as a Doctor of the Church.

In a message to the Rev. Fr. Michael Brehl, C.Ss.R., Superior General of the Congregation of the Most Holy Redeemer (Redemptorists) and Moderator General of the Alphonsian Academy, Pope Francis writes that 150 years on from this “joyous anniversary,” the example of Saint Alfonsus “vigorously indicates the main road to bring consciences closer to the welcoming face of the Father, because the salvation that God offers us is the work of his mercy.”

Advocate of the most vulnerable

The Pope notes that this Doctor of the Church was a “listener,” a teacher of mercy and a person who welcomed “the fragility of the most spiritually abandoned men and women.”

Allowing himself to be challenged by life itself, says the Pope,  Saint Alphonsus was also an “advocate of the least, the fragile and those discarded by the society of his time.”

The path this Saint chose to tread, writes Pope Francis, led him to placing himself at the service of consciences that seek the way of goodness because of a faithful response to the call to God’s holiness.

Following the example of Alphonsus, the Pope invites moral theologians, missionaries and confessors to enter into a living relationship with God’s people and to look at life from their perspective “in order to understand the real difficulties they encounter and to help heal their wounds.”

Looking again at the example of Saint Alphonsus, the renewer of moral theology, the Pope emphasizes that it is necessary to “accompany and support those most deprived of spiritual help on the path to redemption.”

“Evangelical radicalism should not be set against human weakness,” he stresses, adding that  “it is always necessary to find a way that does not alienate, but brings hearts closer to God, just as Alphonsus did with his spiritual and moral teaching.”

Like this great Saint, writes the Pope, “we are called to go out to meet people as an apostolic community that follows the Redeemer among the abandoned.”

He goes on to say that this “going out to meet those who lack spiritual assistance, helps to overcome individualistic ethics and to promote a moral maturity capable of choosing true good.”

By forming responsible and merciful consciences, he says, “we will have an adult Church capable of responding constructively to social fragilities, in view of the kingdom of heaven.”

In the message, Pope Francis highlights the innumerable challenges society faces including: the pandemic and work in the post-Covid world, the care to be provided to all, the defense of life, the inputs that come to us from artificial intelligence, the safeguarding of creation, the anti-democratic threat and the urgency of brotherhood.

Concluding his message, Pope Francis issues an invitation “to go out to meet the fragile brothers and sisters of our society.”

“This involves the development of moral theological reflection and pastoral action”, he says, “capable of committing oneself to the common good, which has its root in the proclamation of the kerygma, which has a firm word in defense of life, towards creation and towards brotherhood.”

Source: Saint Alphonsus, a teacher of mercy for the evangelization of the least – Vatican News