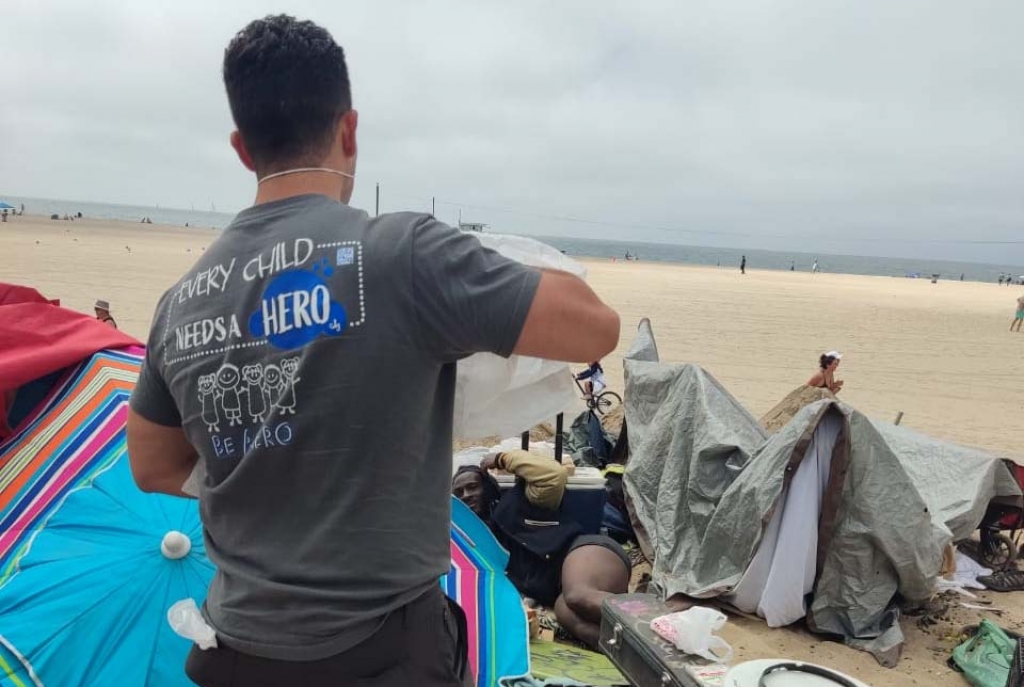 Los Angeles, United States – September 2021 – On September 29th, a volunteer initiative in favor of the homeless took place in Venice Beach, Los Angeles. The event was organized by the “Restless Heart Foundation”. Tamara prepared food packages, aided by those at the “St. Joseph” Salesian house and by the representatives of the “Salesian Volunteers Program” Martín (from Ecuador) and the Salesian brother from Venezuela -Freddy. The day began with the Eucharistic celebration at the “St. Joseph” presided by Fr John Puntino, SDB, which was followed by the loading of food, clothes, shoes and other basic necessities into the cars, as well as about 50 food and water packs brought by Juan Guzman, representative and founder of the “Restless Heart Organization”. Upon arrival at Venice Beach, the volunteers began distributing the packages, to the friendly and respectful homeless folk who cared for each other like a family. Some of them, for example, wanted to share the packages with other homeless people who otherwise would not have agreed to receive such help from strangers.