The scribes who had come from Jerusalem said of Jesus,
“He is possessed by Beelzebub,” and “By the prince of demons he drives out demons.” Summoning them, he began to speak to them in parables, “How can Satan drive out Satan? If a kingdom is divided against itself, that kingdom cannot stand.
And if a house is divided against itself, that house will not be able to stand.
And if Satan has risen up against himself and is divided, he cannot stand; that is the end of him. But no one can enter a strong man’s house to plunder his property
unless he first ties up the strong man. Then he can plunder his house.   Amen, I say to you, all sins and all blasphemies that people utter will be forgiven them.
But whoever blasphemes against the Holy Spirit will never have forgiveness,
but is guilty of an everlasting sin.” For they had said, “He has an unclean spirit.” (Mark 3: 22-30) 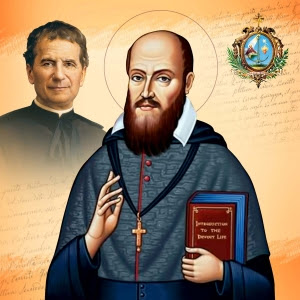 “Who is he?” is the question that accompanies the whole Gospel of Mark and also our life. In the passage proposed by today’s liturgy it is the scribes, important people with an official position in the Jewish religious world, experts in the law of God, who ask themselves the fundamental question. For them, however, Jesus is mad and demon-possessed; Jesus is unworthy of consideration. He who heals the sick is judged to be sick; He who casts out demons is judged to be possessed by the devil. “He is possessed by Beelzebub, prince of demons” (v.22), “He is possessed by an unclean spirit” (v.30).

That Jesus casts out demons cannot be denied, but that He himself is possessed by reversing the situation is unacceptable. There is no demonstration of power that convinces the good, the good does not lie in power, ever. There is something demonic about man when he turns in on himself and refuses the light of the Holy Spirit. To attribute to Satan the power available to Jesus means to oppose the action of the Holy Spirit and make divine mercy ineffective.

The only case in which forgiveness can be ineffective is the refusal to allow oneself to be forgiven: this is the sin against the Holy Spirit. Sin against the Holy Spirit means refusing to believe that God the Savior acts in Jesus, God who is Father for every human. As long as humans remain in such a situation of rejection, salvation is impossible. “In no other is there salvation; in fact, there is no other name given to us under heaven in which it is established that we can be saved” (Acts 4:12).

Lord Jesus, sustain and strengthen my fragile faith.  Grant that I may firmly believe in Your liberating Word, sure and certain that there is salvation in none other.

The dark luminosity of faith that penetrates our spirit not with the strength of speeches or arguments, but only with the sweetness of its presence, induces the intellect to believe and obey so peremptorily, that the certainty it gives us of the truth surpasses all the other certainties of the world