COME SEE IT WITH US IN PERSON ON PILGRIMAGE 2022! 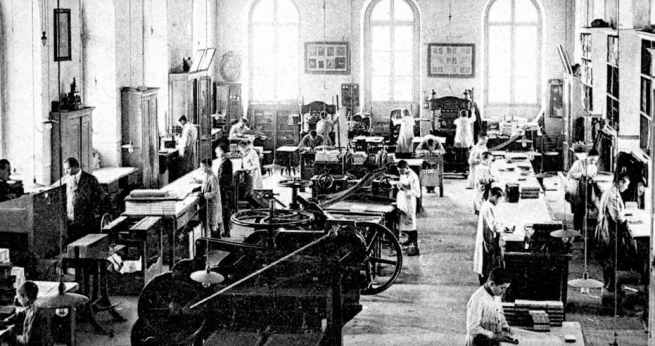 In October 1861, Don Bosco started the procedure for the opening of a Printing Press at the Oratory. The government raised various obstacles and objections but ultimately granted the necessary permission.

The School of Printing Press immediately became a training ground, published numerous volumes and booklets. In 1876 Don Bosco also founded its “extension-branch” in Genoa-Sampierdarena and in August 1877 he officially launched the Salesian Bulletin.

After its initial days, the first real Printing Press was built in 1883, where the editions hitherto printed outside Turin were produced.

The printing house was operational until 2012, the year in which it was closed, the day after the celebrations for the 150th anniversary of its foundation.

Since 2013, the ancient machines have been exhibited, so as to recreate the environment of a printing press, as it was in Don Bosco’s time.