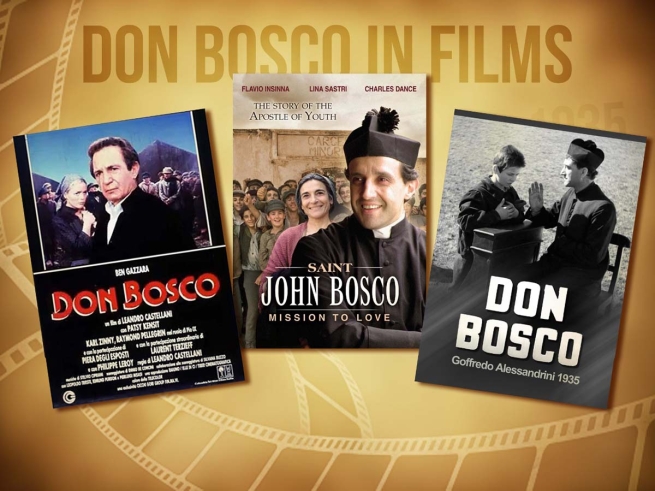 (ANS – Rome) – Don Bosco’s great appeal and his charisma have captivated millions of people around the world. His figure has permeated and still permeates the work of a great many artists who have traced his profile, drawn his portrait, making it even more universal through various forms of art; and cinematography has certainly played an important role by bringing the Saint of the Young closer to the general public.

Don Bosco is an absolutely “international” saint, in that he is known all over the world and with particular cognizance in the 135 countries where the Salesians are widespread; thus, it is not impossible to come across various films of various genres dedicated to him on the Web.

But among the many works produced, it is undeniable that it was his own homeland, Italy, that paid him the most famous cinematic tributes. For this reason, in the work of selecting among the works of the seventh art dedicated to Don Bosco, the field has been narrowed down to three films that are still touchstones for anyone who wants to try their hand in the same artistic arena, that have marked their era, and that have been translated and dubbed or subtitled in several languages, to be disseminated throughout the world.

The first one was made under the direction of Goffredo Alessandrini and is from 1935, thus a year after the canonization of the Saint of Youth. Starring Gian Paolo Rosmino, the film depicts the life of Don Bosco from his birth until his canonization in 1934. The film was restored from a negative preserved in the Salesian Fund deposited in 2016 in Ivrea.

Instead, on the centenary of the death of the Saint of the Young, in 1988, the film “Don Bosco” was released. The director was Leandro Castellani and it featured Italian-American star Ben Gazzara who played the role of an elderly Don Bosco, dedicated to retracing all the actions he took to achieve his greatest dream: to devote himself completely to the young.

Italian television was also captivated by Don Bosco’s charisma, so much so that in 2004 it made a miniseries on RAI, the Italian public radio and TV network. It was directed by Lodovico Gasparini and starred Flavio Insinna. It is the story of a vocation lived in the sign of joy and optimism, despite the difficulties that litter Don Bosco’s path.

Today we are introducing only these three masterpieces in order to present them to our readers in view of the feast day of Don Bosco and to promote their viewing as a means of popularizing his figure. To each of these films in the coming days, ANS will devote a more specific in-depth study.