XVII Pilgrimage in the footsteps of Karol Wojtyła the Worker 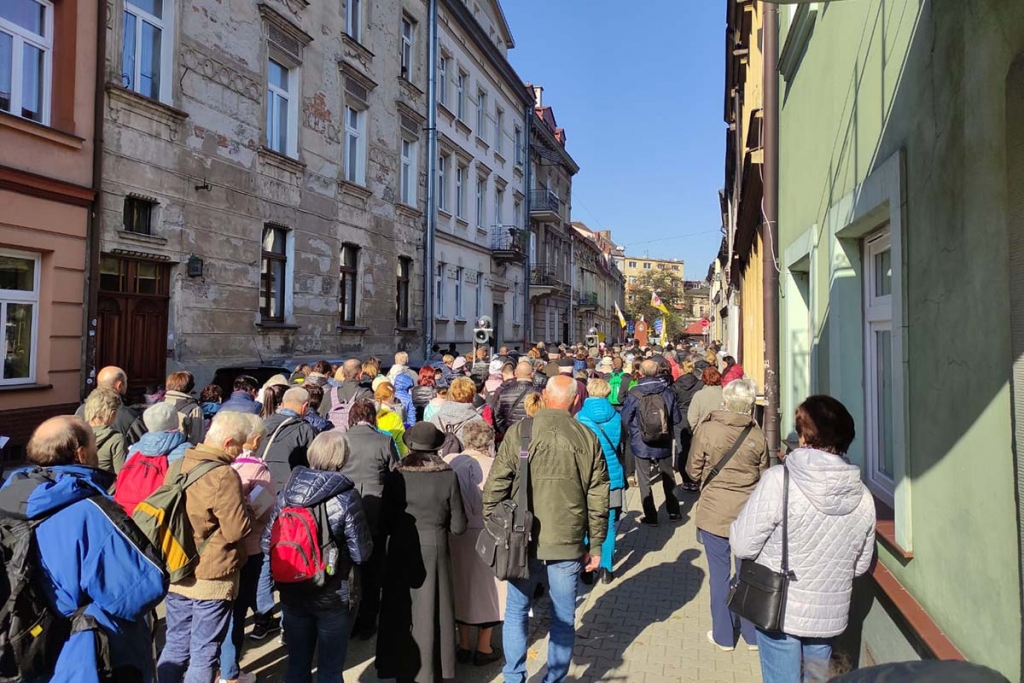 Krakow, Poland – October 2021 – The 17th edition of the Pilgrimage In the footsteps of Karol Wojtyła the Worker took place on 9 October, attended by the faithful from the Salesian parish of St Stanislao Kostka, in the Dębniki district of Krakow, and other pilgrims. During the Second World War, the young Karol Wojtyła went from Dębniki to the “Solvay” factory where he worked (1940-1944): first in the Zakrzówek stone quarry, and then as a worker of the water filtration plant. The pilgrims, starting from the Salesian church, retraced several roads to Zakrzówek. Then, once they reached the John Paul II Center, they participated in the Mass, presided over by Fr Marek Dąbek, Provincial Coordinator (PLS) of the Liturgical Service of the Altar. At the end of the celebration, Fr Andrzej Król, Provincial Delegate for Youth Ministry, presented scholarships to 30 young people from the Province, as a sign of appreciation for their commitment to spiritual and intellectual development.